Making The Switch To A Blenderized Tube Feeding Formula: A Success Story

In celebration of Feeding Tube Awareness Week 2021, we wanted to revisit this amazing success story and share one family’s experience with their own homemade tube feeding formula. This is the second part of a series, read Part 1 here. Forrest is now doing great, and even starred in his own documentary! Check out “Music Got Me Here” on Amazon Prime.

Forrest Allen required a feeding tube after experiencing a traumatic brain injury in a snowboarding accident when he was 18 years old. Initially, Forrest received a standard, commercially-made, polymeric formula. Over time, Forrest began to lose weight due to his high nutritional needs and frequent holding of the tube feeding infusion for surgeries or procedures. To make matters worse, he also developed diarrhea, which was attributed to the formula. That’s when Forrest’s mother decided to pursue a homemade blenderized formula. After consulting with a dietitian and receiving approval from the medical team, Forrest’s family gradually began to replace his standard formula with a homemade “smoothie.” The smoothie started as a liquified take on the BRAT diet, substituting yogurt for toast, in an effort to help Forrest establish tolerance to his enteral nutrition. The smoothie recipe evolved over time and eventually provided Forrest with approximately 3000 calories every day.

It Takes A Village, And A Family

Taking complete ownership of Forrest’s tube feeding, his family purchased ingredients from the grocery store and prepared the smoothie twice a day, either at home or in a family kitchen area at the hospital. Austin says this was a time-intensive responsibility, but notes the family had a strong support system.

After making the switch to the homemade formula, Austin notes that Forrest began to gain weight, his diarrhea improved, and even his skin looked better. However, there were some setbacks along the way.

Some of the granular medications that were crushed and mixed with Forrest’s smoothie would occasionally clog his feeding tube. Austin says the medical team questioned the homemade formula at times, but the family stayed committed to providing whole food-based nutrition to Forrest.

Forrest’s mother Rae advises, “Be persistent and seek out dietitians who will work with you.” After utilizing a feeding tube and his homemade smoothies on and off for three to four years, Forrest (third from left) had his feeding tube removed and is now eating exclusively by mouth. [Photo credit: Forrest’s Blog]

After utilizing a feeding tube and his homemade smoothies on and off for three to four years, Forrest had his feeding tube removed and is now eating exclusively by mouth.

His brother Austin says the homemade formula “really helped with his weight, strength, and gave him an extra reserve going into his surgeries and helped with recovery on the other side.”

When asked if he thought his family would have done anything differently, knowing what they know now, Austin simply says, “I wish we would have started sooner.”

She says, “I am totally convinced that Forrest could not have made the recovery he did, overcoming so many complications and setbacks, without exceptional nutrition.”

Special thanks to Austin Allen and Dr. Rae Stone for sharing Forrest’s story so openly and for believing in the power of food. 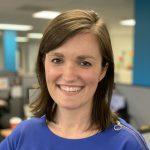 Dietitians On Demand is the nationwide leader in staffing registered dietitians, specializing in short-term, temporary and permanent-hire positions in acute care, long term care and food service positions. Our dietitians cover a vacancy, maternity leave, vacations, FMLA or increases in census. Check out our job openings, or request your coverage today!

When Is A Good Time To Use Consultant Dietitians?

Dietitians On Demand Has A Referral Program

Dietitians On Demand is the nationwide leader in connecting dietitians with those who need them. With our easy, secure 1:1 virtual appointments, you can talk to a dietitian about your unique nutrition needs and feel empowered to make smart choices for yourself. Let us find a nutrition professional dedicated to making a difference for you.